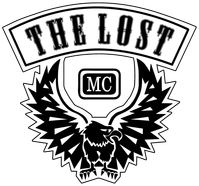 May 27,2017April 16, 2017
September 3,2016
- Dumong has left us and joined a military crew
-CHURCH TOMORROW BE ON
-Forsaken Few has officially joined the Order Commission

​-New turf map up. More updates to the site coming as soon.

-Changes to the gallery and principal members pages.

-Unedible Muffin has been shot out of the crew for being an informant.

-DECEMBER 23rd 2013:
The Lost MC 2nd Chapter has split into the York Street Savages and are now a shoot on sight enemy.

-ATTENTION ALL PRINCIPAL MEMBERS: Please take a picture of your bike, your favorite car, and a selfie with a good background. (See Principal Members Page)

-NOVEMBER 24th, 2013:
THE GIGANTES AND GENOVESE FAMILIES HAVE OFFICIALLY FALLEN

-The Manganos have fallen. Good job everyone for being so... scary looking.

-We are now at war with the Rubinos, The Toxic Angles Street Gang, and the HSK.

-Baby Dempsey and Don Al Mangano have been shot dead.

-Welcome to Los Santos everyone!!!


-ALL LOST MEMBERS- Please try and put the website name (www.thetruelostmc.weebly.com) and the youtube
channel name (thetruelostmc) in our bios. I think it would significantly promote traffic
to both domains.